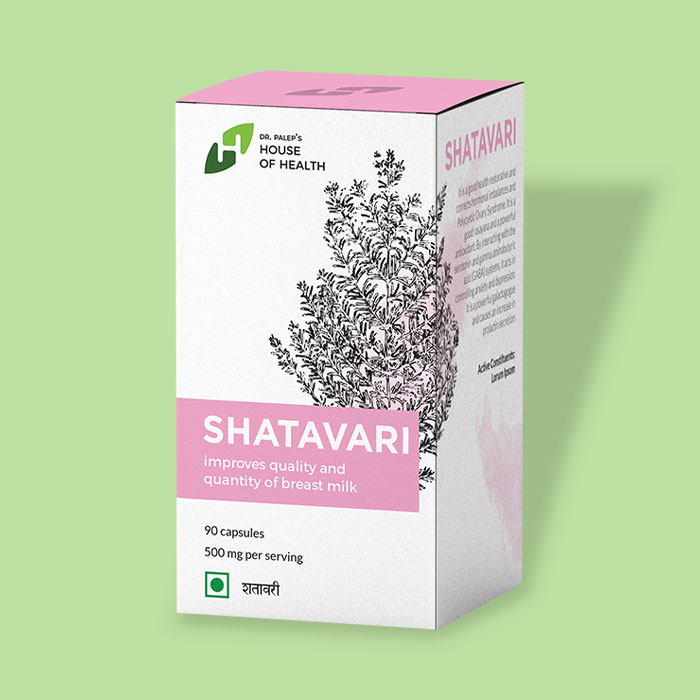 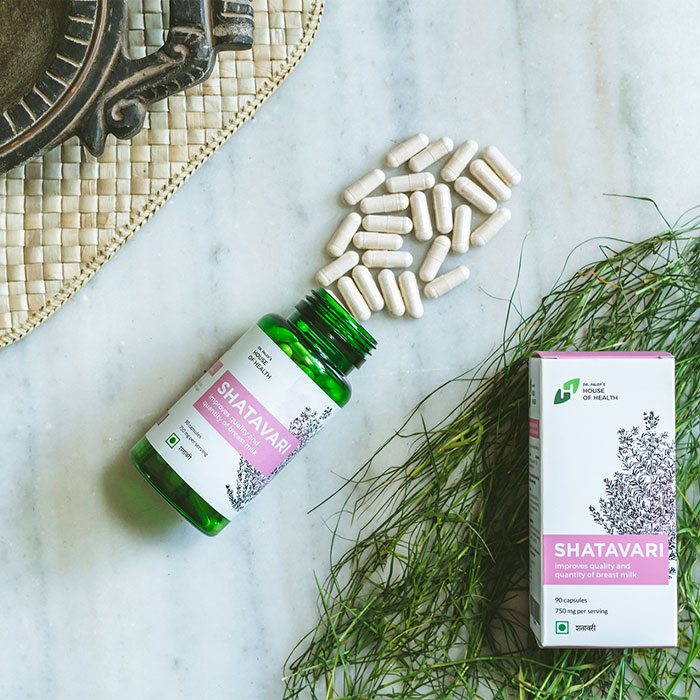 About the product :
Shatavari is used in ayurveda as an immunity booster and a general health tonic to improve vitality. The supplement is also acts an aphrodisiac, as well as stimulate the production of breast milk in nursing mothers. It is a good health restorative, corrects hormonal imbalances, and helps to treat Polycystic Ovary Syndrome.

Shatavari is also known as Asparagus racemosus. It’s a member of the asparagus family. It’s also an adaptogenic herb. Adaptogenic herbs are said to help your body cope with physical and emotional stress.

Shatavari is considered a general health tonic to improve vitality, making it a staple in ayurvedic medicine. Keep reading to learn more about the other health benefits it may offer.

Racemofuran, which is found in shatavari, also has significant anti-inflammatory capabilities. Racemofuran acts similarly in the body as prescription anti-inflammatory drugs known as COX-2 inhibitors. These types of drugs are thought to reduce inflammation without serious digestive side effects.

Shatavari is used in ayurveda as an immunity booster. According to a 2004 study, animals treated with shatavari root extract had increased antibodies to a strain of whooping cough when compared to untreated animals. The treated animals recovered faster and had improved health overall. This suggested an improved immune response.

Shatavari is used as a folk remedy for diarrhea. Diarrhea may cause serious problems, such as dehydration and electrolyte imbalance.

Diuretics help your body get rid of excess fluid. They’re often prescribed for people who have congestive heart failure to remove excess fluid from around the heart. Prescription diuretics may cause serious side effects.

In addition, shatavari is said to sharpen memory, boost the immune system, and protect against cancer. The supplement is also thought to act as an aphrodisiac, as well as stimulate the production of breast milk in nursing mothers.

It is a good health restorative, corrects hormonal imbalances, and helps to treat Polycystic Ovary Syndrome. It is a good rasayana and a powerful antioxidant. By interacting with the serotonin and gamma aminobutyric acid (GABA) systems, it helps to control anxiety and depression. It is a powerful galactagogue and causes an increase in prolactin secretion.

Dosage: One capsule twice a day after food or as directed by physician.

There are no reviews yet.

Be the first to review “SHATAVARI” Cancel reply

Get $10 for every friend you refer