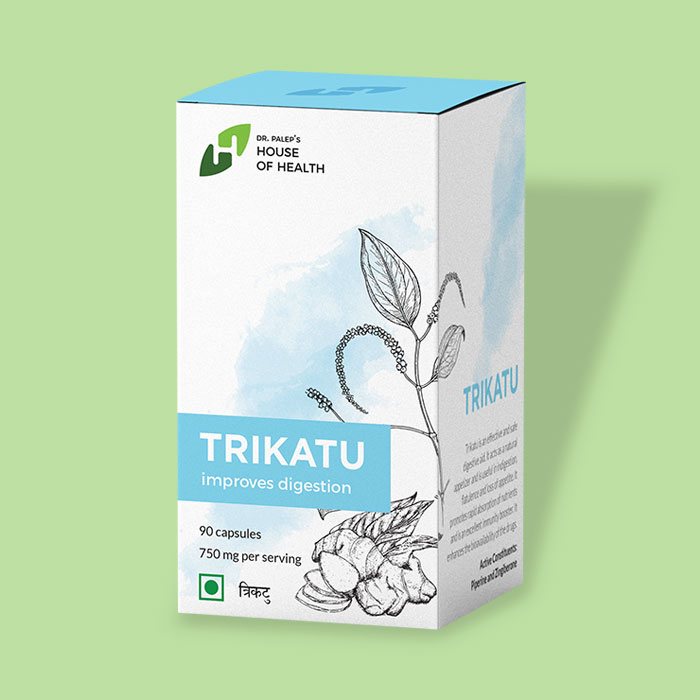 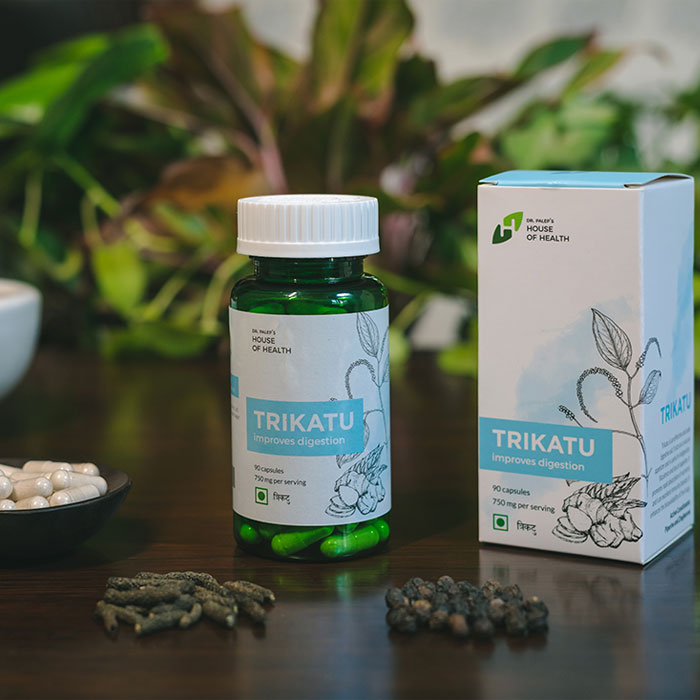 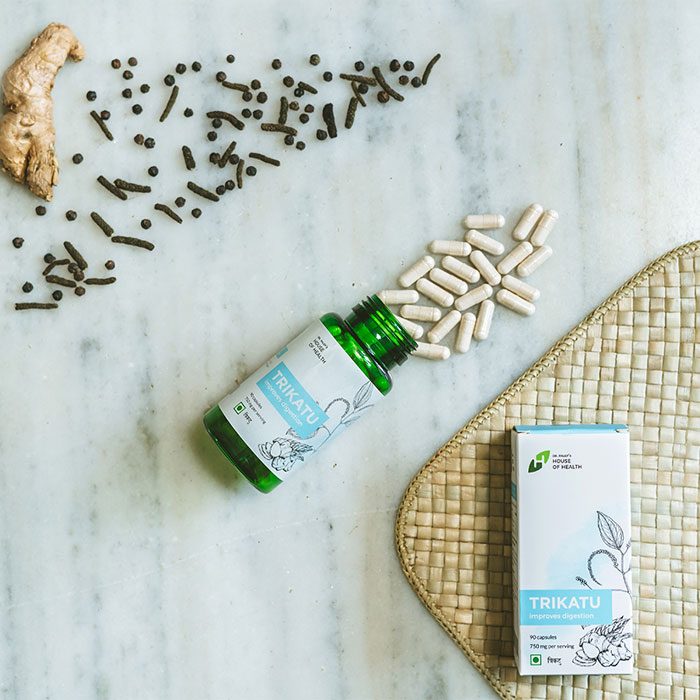 About the product :
This extract is used to support digestion and the overall gastric function. Each component present in trikatu possesses antimicrobial activity. It acts as a natural appetizer and is useful in treating indigestion, flatulence and loss of appetite. It is used to support the digestive, respiratory, and circulatory system.

Trikatu, made from Long Pepper, Black Pepper, and Ginger, is traditionally used to support digestion and the overall gastric function. Trikatu translates to “three pungents” referring to its sharp taste which promotes digestive function.

In Ayurveda, Ginger (Zingiber officinale) is viewed as a universal medicine used to support the digestive, respiratory, and circulatory systems.

This spice blend is traditionally used in Ayurvedic tradition to stimulate “agni,” or “digestive fire.”

Each component present in trikatu possesses antimicrobial activity. Scientific studies have found that trikatu is effective against S. aures and E. coli, bacteria that cause food poisoning.

Bioactive ingredients such as tannins, phenols, flavonoids, steroids, alkaloids and lignin present in trikatu kill harmful bacteria and protect the body against its harmful action.

Furthermore, it was revealed that each component of trikatu, when used alone, did not bring about the strong effect that is seen when all 3 components were used together.

It was also observed that the effect of trikatu was almost equal to the effect of ampicillin drug, used to treat bacterial infections.

Trikatu inhibits the action of the worms and their multiplication. Compounds present in trikatu such as phenols, flavonoids and alkaloids induce paralysis and death of worms and thus protect the body against infection.

Furthermore, such an anti-helmintic activity of trikatu was similar to albendazole, the standard drug used to treat helminthiasis.

Trikatu is an effective and safe digestive aid. It acts as a natural appetizer and is useful in treating indigestion, flatulence and loss of appetite. It promotes rapid absorption of nutrients and is an excellent immunity booster. It enhances the bioavailability of other medicines.

Dosage: One capsule twice a day after food or as directed by physician.

There are no reviews yet.

Be the first to review “TRIKATU” Cancel reply

Get $10 for every friend you refer